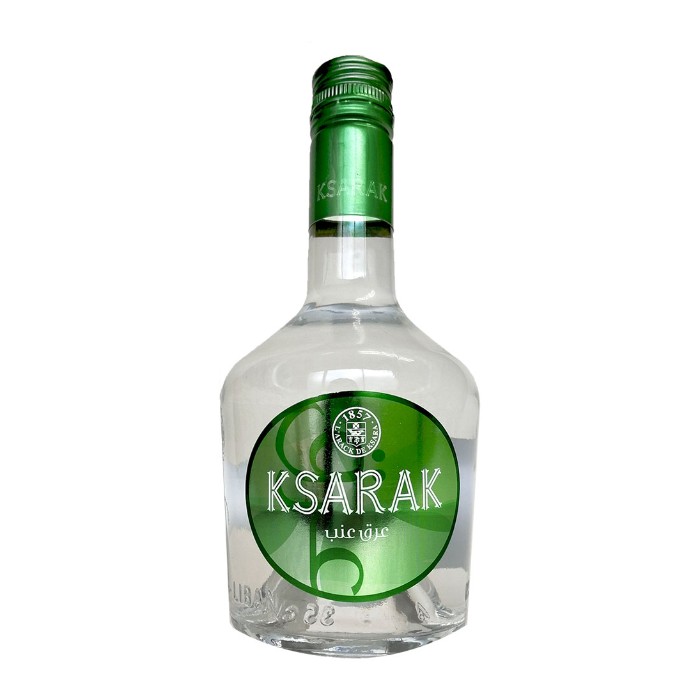 in stock
With many of your requests, we now have a half size bottle for Ksarak.
¥2,387

In addition to this, it is said that higher the alcohol percentage the higher class the Arak becomes.

This Ksarak is very high ranked, matured in a  jar for 2 years and the alcohol percentage is 53%.

For drinking Ksarak in a Lebanese way, first pour the liquor into 1/3 of the glass.

In Lebanon, people enjoy Ksarak as a long drink while enjoying their meal.